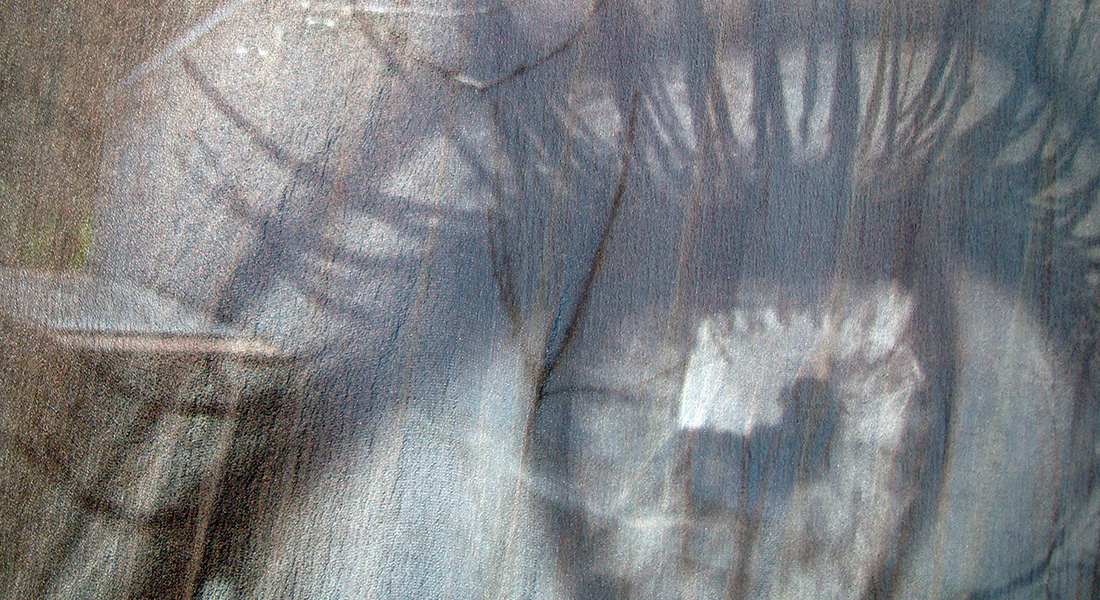 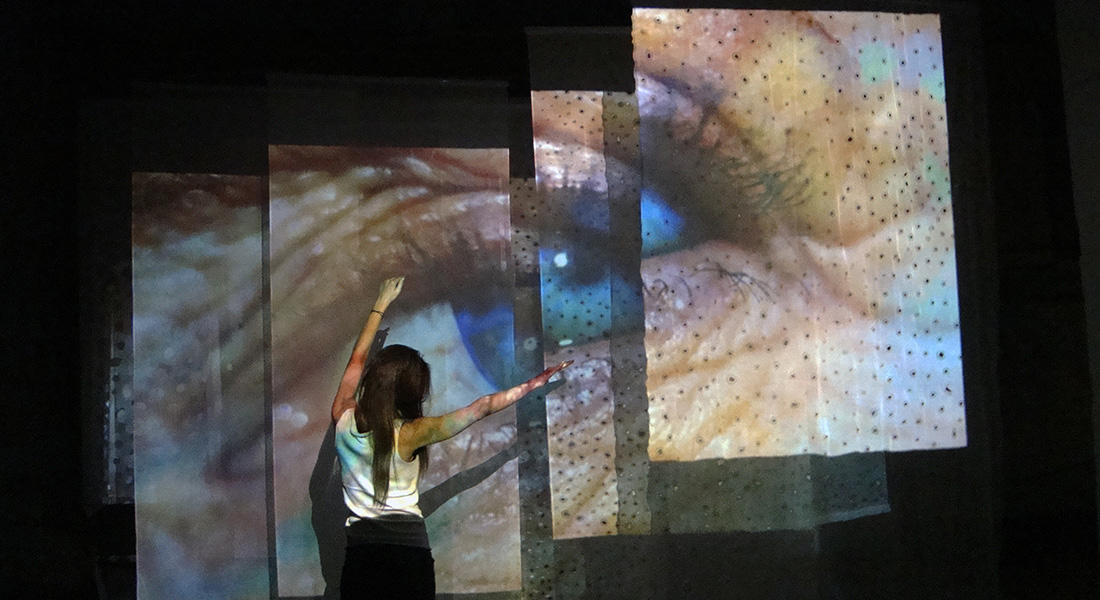 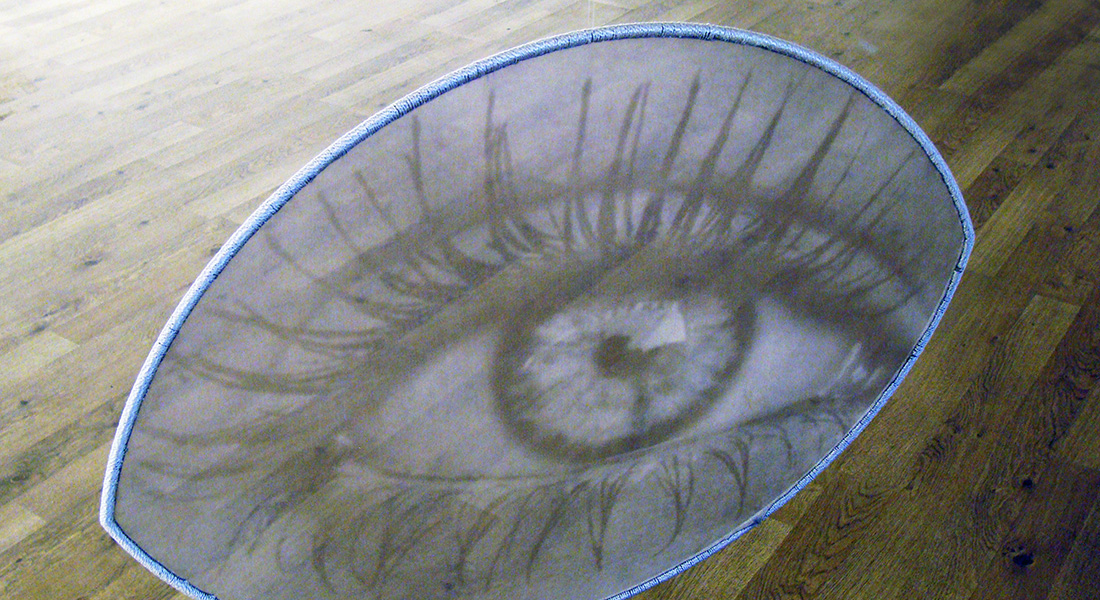 I have started working with images of eyes in 2013 during my stay at the artist in residency at the Art Peace Hotel in Shanghai. Maybe I have got my inspiration from the many different faces and eye forms of the Chinese people from different ethnical groups. There were so many unfamiliar combinations of faces and eye forms and colors! Maybe it was my own blindness approaching and helplessness in regard to moving around and seeing the world? I have been taking thousands and thousands of images.

When I came back home to Norway, the process of developing a concept for an exhibition or a project has begun. I wanted to transform eye forms into something else and decided to do so by enlarging the images to very big sizes and transferring them onto semitransparent materials. At such a transition the quality of the images would make all the difference.

I started with building a super big format macro camera. The next step was to capture enough different people in order to have a sufficient variety of forms and colors. Each person has been photographed with three different cameras, from big format to video.

Silk has been soaked in two different emulsions, dried and contact copied from the big negatives in the sun. In order to make a contact copy in that format I have prepared a wooden plate, covered it with a sponge mattress and a glass plate. After the handmade emulsions dried, silk had to be placed on the frame, stretched with pins and covered with the glass plate, all in the dark. So the whole sandwich had to be carried out into the sun, exposed, carried in and unpacked. Silk had to be washed, dried and ironed later.

I have used silk as it turned to be for the Moscow exhibition, as it was easier to transport. The images breathed and moved in the big room, they were visible from both sides.

For the next exhibition in Sandefjord in Norway I made special forms out of plastic tubes and bended metal pipes in the corners to stretch the silk. Each picture had to be sawn first, stretched on the frame and covered with silk ropes around the frames in order to make a nice finish. I also used metal thread formed as an eye drawing and hang overhead lenses in the middle.

The theme of the exhibition is communication, observation and connection between people. The artist aims to reconnect her own old background and share her reactions and outsider views with the others. This project is about herself, about her life in a foreign landscape, about being exposed and vulnerable, about watching and being watched. Eyes symbolize experience and everyday struggles during over 40 years spent outside of Moscow, often shaded by segregation and isolation.
The project includes a range of photographs of different eyes, printed on the transparent silk and presented as abstract three-dimensional forms hanging from the ceiling so that they create a fundamentally new landscape. The motives and signs in this space are overlapping each other and are projected on the live figures moving around in this new landscape – the public.
The objects are made using old photographic techniques and homemade emulsions applied to the fabric by hand.
The public is offered an opportunity to leave their comments and wishes on the paper notes, which are placed in the special holes in the silk, and then scanned and put on the interactive so-called “Wailing wall”, created specifically for this purpose: www.wailingwall.no. In that way the public is invited to participate in creating the exhibition as a part of this web-project that is its final destination.
Dreams and desires of individuals are woven into one fabric that affects and involves the audience, transforming the entire space of the exhibition into a single interactive arena, a kind of “visual world”, a dream space full of illusions, impressions and possibilities for the visitors to get engaged and involved into the art process.

The question of identification is main research question of the show. Always foreign. Forever alien. Geopolitical marginal. It is auto-biographical exhibition about self-discovery through many decades. Thoughts, feelings, observations, impressions – all of these personal attitudes in a “melting pot” of globalization.

Life is a “multidisciplinary” permanent (but temporary) transformation. During all our life we have many transformations in different “disciplines”. Our physiology, linguistic skills, memory, philosophy have a continues nature of change. Does art have an opportunity to catch this infinity of changes? This project is the last in the series of "walls" projects and the first in the new "eyes" series, where the artist is the viewer and the viewers become interactive participants of the show just by being present there.