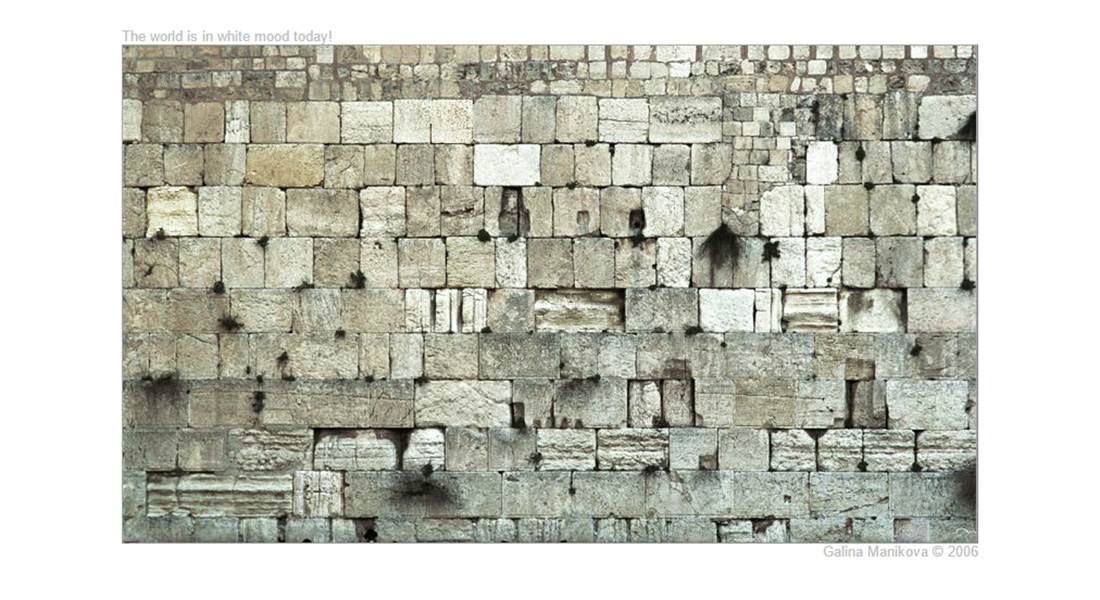 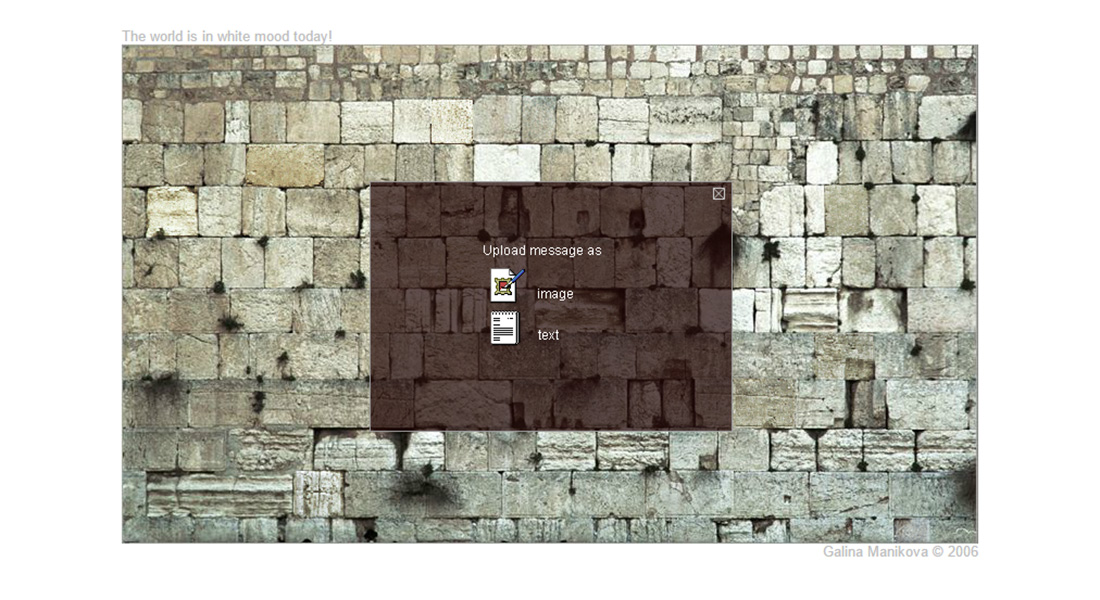 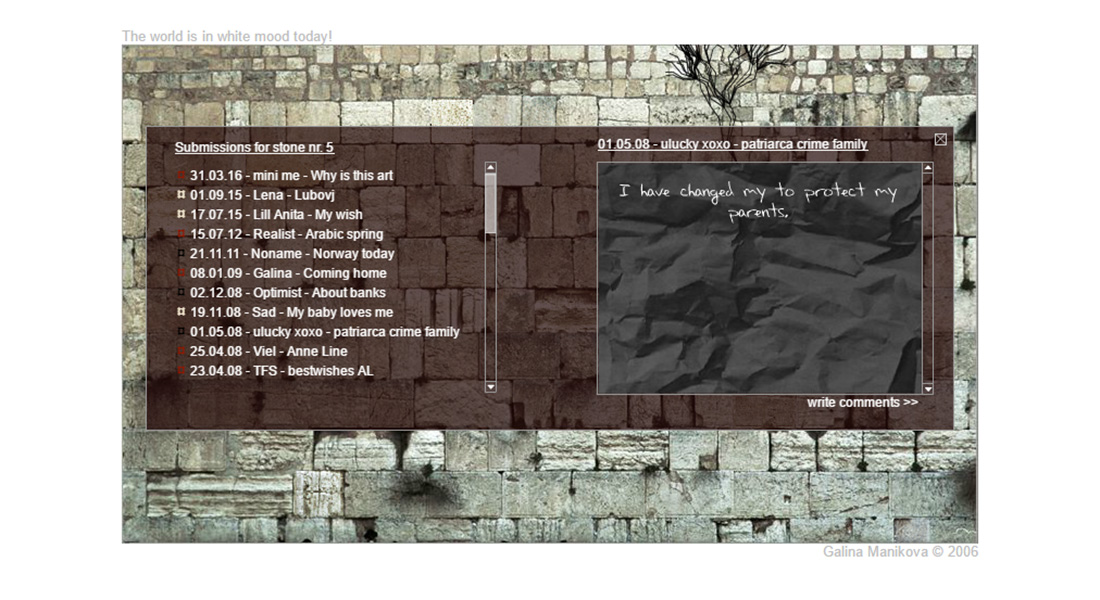 This was an interactive net art project which was made with Flash.
Unfortunately Flash based content is no longer possible to run on any browsers, but I’m planning to find a solution to make the content available in a new way.

The project has been created to sum up and put together all the wishes collected during the years 2006-2016.

All the texts and the pictures which have been uploaded have been placed by scanning the physical notes left in my “great walls of wishes” at 6 different exhibition in 6 different countries: Xiamen, China in 2006; Cacaofabrieken, Helmond, Holland in 2007; IKM, Oslo, Norway in 2007; Filattiera, Italy in 2008; NYC, USA in 2008 and finally Moscow, Russia in 2015.

People have also been uploading their wishes and pictures themselves actively since this website has been published.
It was also possible to interact with other users by making comments and creating discussions.

The site was constantly changing and growing. The subject of growing and falling walls is as relevant as ever. By playing with this art project the visitors were supporting my concept of focusing people´s attention to an important issue.

Each time visitors placed something onto the virtual wall of wishes, either a text or a picture, they were rewarded by a bonus in form of activated  fortune telling weal that will give you a prediction or a recollection.

An interactive website for use on a computer with Flash, not for pads or phones.